As promised a few days ago, I’ll be revealing the cover for my very first published novel in the history of ever, The Soul! It will be released next month! How exciting is that?!

I’ve already begun working on the sequel, called Procession of Infinity, but that’s its own can of worms. Let’s stick to The Soul for now, shall we? ;]

Evil has flourished since the beginning of time, but at long last it has come to pass—that the world should end at the hands of the divine. A Lesser Earth thrives in the ashes of the old world.

As does an unnamed lost boy, the abandoned effigy of evil, who wanders the globe without a clue and without a purpose.

The Last Angel Ero’s only task is to find this boy and raise him into the arms of Grace. He doesn’t expect to question that purpose—and he certainly doesn’t expect to find an affinity with the evil inside the boy he names Sol.

It’s only when Ero begins to explore new truths that he realizes just what having faith in Sol may cost him: his life, his love and his soul. 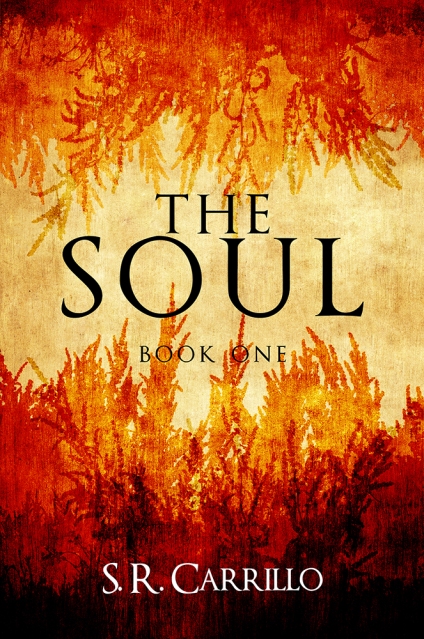 ADD IT TO GOODREADS!

She’s generally discontent being marginalized as a “she,” but socionormatives didn’t take that into account when acknowledging the existence of genders outside of exclusively male or exclusively female. For the sake of simplicity, “she” suffices.

She was born and raised in the great city of Houston, Texas. She’s young, married and full of novels. She has been writing ever since she’s been able, and she would never have it any other way. As a biracial, nonbinary, whocaressexual, she tends to explore different aspects of human (and nonhuman) sexuality and identity in her work.

The Soul is her first novel.

So! Simple, right? I happen to love that.

What do y’all think?

If you can, please share. I’m a one-man show, here!